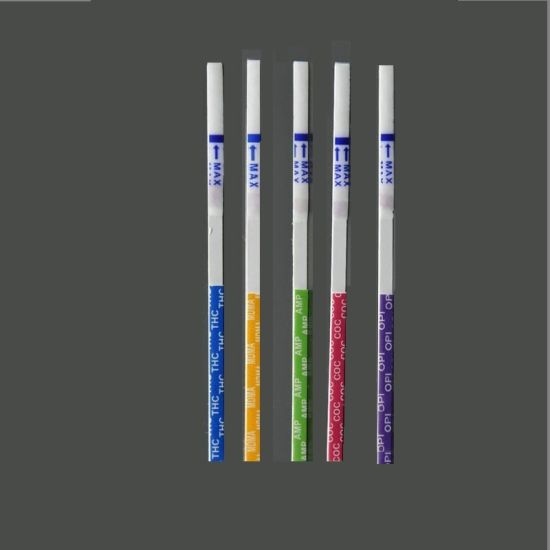 Negative: Two pink-colored bands appear, one in the control region and one in the test region. A negative result indicates free drug is absent from urine or at concentrations lower than the detection cut-off level of the test.

Positive: One pink-colored band appears in the control region with no apparent band appering in the test region. A positive result indicates free

drug is present in urine at concentrations at or exceeding the detection cut-off  level of the test.

Invalid: No band appears in the control region, or a pink-colored band appears in the test region only. An invalid test result may be due to improper assay procedures or damage to the device. If results are invalid, the assay is inconclusive and the specimen should be re-tested using a new test device.

Note: The band intensity may be weaker or stronger than that of the control band.

Send your message to this supplier

People who viewed this also viewed